Orange County is our home town and we feel fortunate to live in such a beautiful part of the world.

Orange County is in Southern California. Its county seat is Santa Ana. As of the 2000 census, its population was 2,846,293, while a July 2008 estimate placed the population at 3,010,759, making it the second most populous county in California, behind Los Angeles County and ahead of San Diego County.

The county is famous for its tourism, as the home of such attractions as Disneyland and Knott’s Berry Farm, as well as several beaches along more than 40 miles (64 km) of coastline. It is also recognized for its nationally known centers of religious worship, such as Crystal Cathedral, Saddleback Church, Calvary Chapel. It is known for its affluence and political conservatism. In fact, in 2005 a major academic study listed three Orange County cities as being among America’s 25 “most conservative,” making it the only county in the country with more than one such city

Whereas most population centers in the United States tend to be identified by a major city, there is no defined urban center in Orange County. It is mostly suburban, except for some traditional downtown areas such as those of Anaheim, Santa Ana, Orange, Huntington Beach, and Fullerton. There are also several edge city-style developments such as the South Coast Metro and Newport Center.

While Santa Ana serves as the governmental center of the county, Anaheim is the main tourist destination and Irvine is the major business and financial hub. Four Orange County cities have populations exceeding 200,000: Santa Ana, Anaheim, Irvine, and Huntington Beach.

A severe drought in the 1860s devastated the prevailing industry, cattle ranching, and much land came into the possession of Richard O’Neill, Sr., James Irvine and other land barons. In 1887, silver was discovered in the Santa Ana Mountains, attracting settlers via the Santa Fe and Southern Pacific Railroads.

This growth led the California legislature to divide Los Angeles County and create Orange County as a separate political entity on March 11, 1889. The county is generally said to have been named for the citrus fruit (its most famous product). However, in the new county there was already a town by the name of Orange, named for Orange County, Virginia, which itself took its name from William of Orange. The fact the county took the same name as one of its towns may have been coincidence.

Other citrus crops, avocados, and oil extraction were also important to the early economy. Orange County benefited from the July 4, 1904 completion of the Pacific Electric Railway, a trolley connecting Los Angeles with Santa Ana and Newport Beach . The link made Orange County an accessible weekend retreat for celebrities of early Hollywood. It was deemed so significant that the city of Pacific City changed its name to Huntington Beach in honor of Henry Huntington, president of the Pacific Electric and nephew of Collis Huntington. Transportation further improved with the completion of the State Route and U.S. Route 101 (now mostly Interstate 5) in the 1920s.
South Coast Metro area in central Orange County

Agriculture, such as the boysenberry which was made famous by Buena Park native Walter Knott, began to decline after World War II but the county’s prosperity soared. The completion of Interstate 5 in 1954 helped make Orange County a bedroom community for many who moved to Southern California to work in aerospace and manufacturing. Orange County received a further boost in 1955 with the opening of Disneyland.

In the 1980s, the population topped two million for the first time; Orange County had become the second-most populous county in California.

An investment fund melt-down in 1994 led to the criminal prosecution of County of Orange treasurer Robert Citron. The county lost at least $1.5 billion through high-risk investments in derivatives. On December 6, 1994, the County of Orange declared Chapter 9 bankruptcy,from which it emerged in June 1995. The Orange County bankruptcy was the largest municipal bankruptcy in U.S. history.

In recent years land-use conflicts have arisen between established areas in the north and less developed areas in the south. These conflicts have regarded things such as construction of new toll roads and the re-purposing of a decommissioned air base. For example, the El Toro Marine Corps Air Station site was designated by a voter measure in 1994 to be developed into an international airport to alleviate the heavily used John Wayne Airport. But subsequent voter initiatives and court actions have caused the airport plan to be permanently shelved. Instead it will become the Orange County Great Park.

The Santa Ana River is the county’s principal watercourse, flowing through the middle of the county from northeast to southwest. Its major tributary to the south and east is Santiago Creek. Other watercourses within the county include Aliso Creek, San Juan Creek, and Horsethief Creek. In the North, the San Gabriel River also briefly crosses into Orange County and exits into the Pacific on the Los Angeles-Orange County line between the cities of Long Beach and Seal Beach. Laguna Beach is home to the county’s only natural lakes, Laguna Lakes, which are formed by water rising up against an underground fault.

Residents sometimes figuratively divide the county into “North Orange County” and “South County” (meaning Northwest and Southeast–following the county’s natural diagonal orientation along the local coastline). This is more of a cultural and demographic distinction perpetuated by the popular television shows “The OC” and “Laguna Beach,” between the older areas closer to Los Angeles, and the more affluent and recently developed areas to the South and East. A transition between older and newer development may be considered to exist roughly parallel to State Route 55 (aka the Costa Mesa Freeway). This transition is accentuated by large flanking tracts of sparsely developed area occupied until recent years by agriculture and military airfields.

While there is a natural topographical Northeast-to-Southwest transition from inland elevations to the lower coastal band, there is no formal geographical division between North and South County. Perpendicular to that gradient, the Santa Ana River roughly divides the county between northwestern and southeastern sectors (about 40% to 60% respectively, by area), but does not represent any apparent economic, political or cultural differences, nor does it significantly affect distribution of travel, housing, commerce, industry or agriculture from one side to the other.

Some of the communities that exist within city limits are listed below:

These communities are outside of the city limits in unincorporated county territory:

Orange County has a history of large planned communities. Nearly 30% of the county was created as master planned communities[citation needed], the most notable being the City of Irvine, Coto de Caza, Anaheim Hills, Tustin Ranch, Tustin Legacy, Ladera Ranch, Talega, Rancho Santa Margarita, and Mission Viejo. Irvine has become the model master planned city, encompassing many villages which were all planned under a master plan by the Irvine Company in the mid-1960s.

For a FREE CONSULTATION Call Us NOW:

Or Fill the form below for your FREE personal consultation: 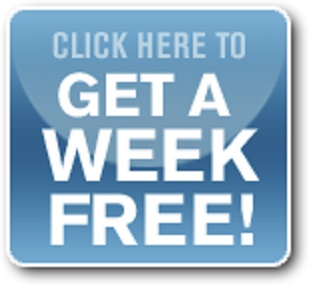 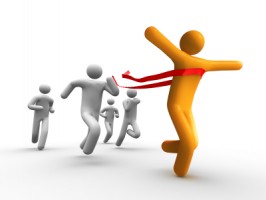 Check out Club Z! of Orange County on Yelp